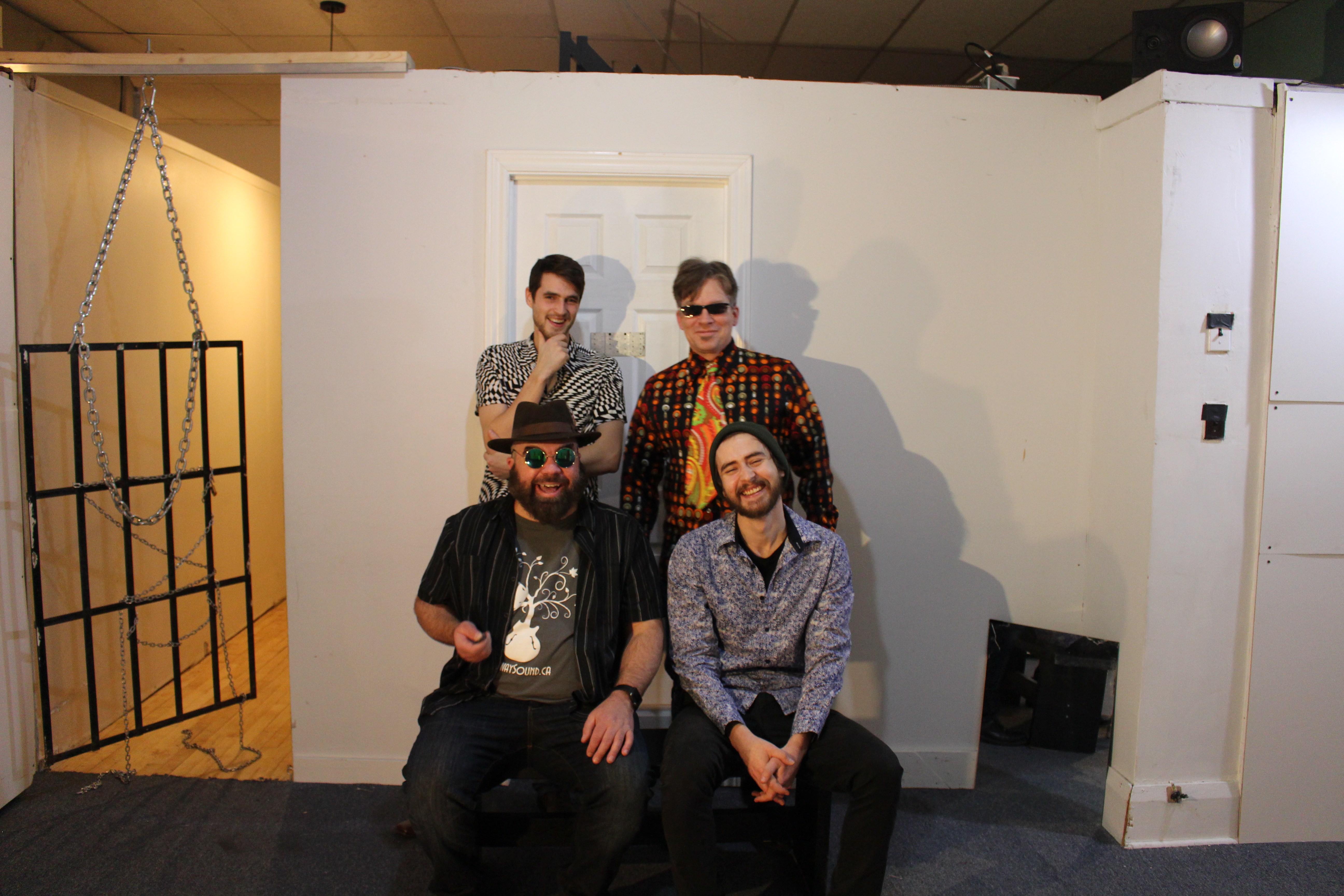 The Monkey Fightin’ Snakes are a blues rock band from Toronto Canada. This band is the brainchild of singer songwriter Matthew Davies. Their blues sound is little bit jamband-pop, a little world-folk-twang.
Think Eddie Vedder with Neil Finn and Tom Waits.

2021-2022
We restart at Blackjack again in March 2021 and then close again a month later. We start and stop for a month to 6 weeks 3 times throughout 2021. We begin the house gig again in February 2022 and play there weekly until April when BlackJack BBQ finally succumbs to all the COVID-born hardships and goes out of business.

2020
Between January and February, we record weekly and get some amazing demos.
Monkey Fighting Snakes land a weekly house gig hosting a folk-based open mic in mid-February at the BlackJack BBQ in Leslieville. We play to good crowds and impress the owners right up until mid-March when we are forced to stop at the first covid shutdown. Blackjack calls us back and we resume our weekly house gig in September 2020…and then we stop at the next shut down.

2019
We don’t tour but play many times around Toronto. Unfortunately, Eric is unable to play in MFS and Turbo Steet Funk at the same time so, sadly, he leaves the band. We play a handful of shows as a three-piece and continued the writing and rehearsing for our 3rd album but recording is pushed off for now.

2018
Brothers Eric and Daniel Szabo join the band!
Tons of new writing as we prepare for the third album and a new tour.

2016
This is a period of intense writing and rehearsing.

2014
The Monkey Fightin’ Snakes complete their debut album
“Finish What You Star”
with multi Juno Award winning producer Michael Philip Wojewoda.
This album was recorded live off the floor, through an old Neve desk to 2” tape, no click track,
lead vocals and guitar solos captured within the take.
Matthew contributed all 9 original songs on this first outing.

What do those Monkey Fightin’ Snakes want now?

Here is some of the buzz so far:

“Monkey Fightin’ Snakes’ singer / guitarist Matthew Davies, as you might expect given his pedigree, is making his own contribution to the Canadian cultural scene.”
Gill Deacon, CBC Radio’s “Here and Now”

“Monkey Fightin’ Snakes could have played the California Jam in 1974.
They would have held their own against everyone else that weekend.  Even elevated it to new heights.”
Michael Phillip Wojewoda, Multi-Juno Award Winning Producer

“I can’t believe these tracks were done live to tape… I am blown away!!
Monkey Fightin’ Snakes are Sizzlin’!!!”
João Carvalho, Juno and Grammy Award Winning Mastering Engineer

From the album “Finish What You Star” by Monkey Fightin’ Snakes